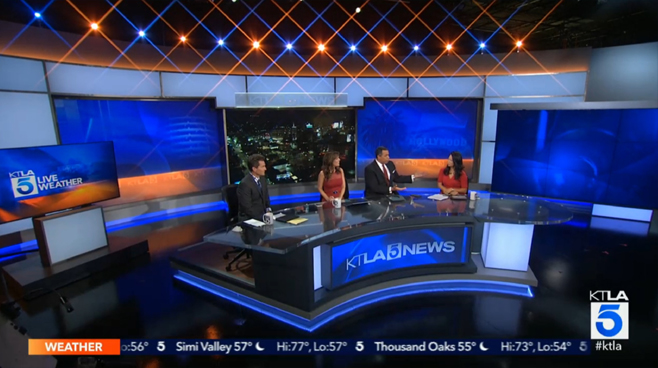 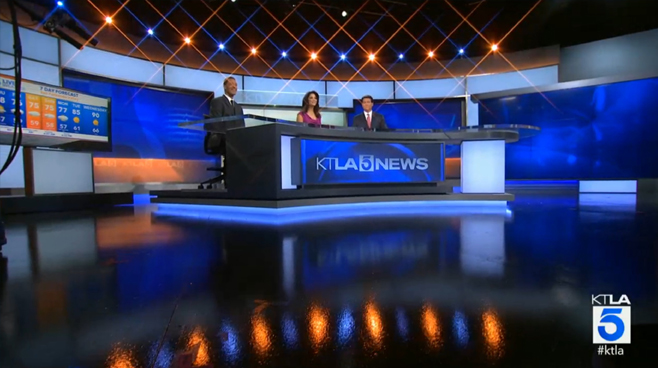 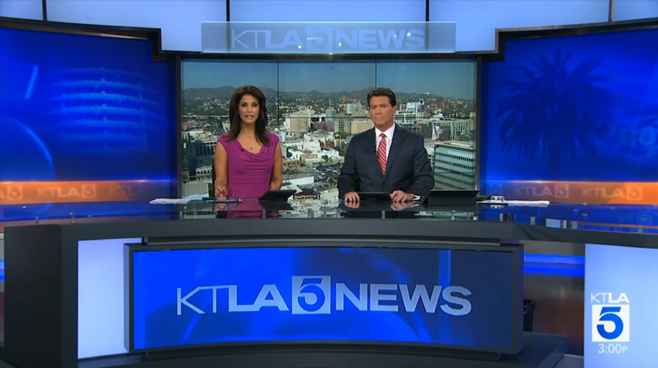 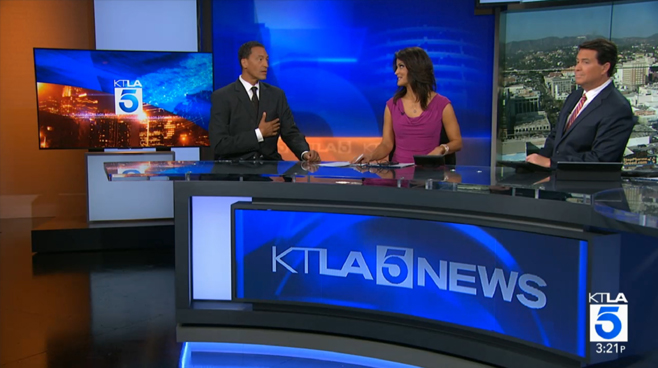 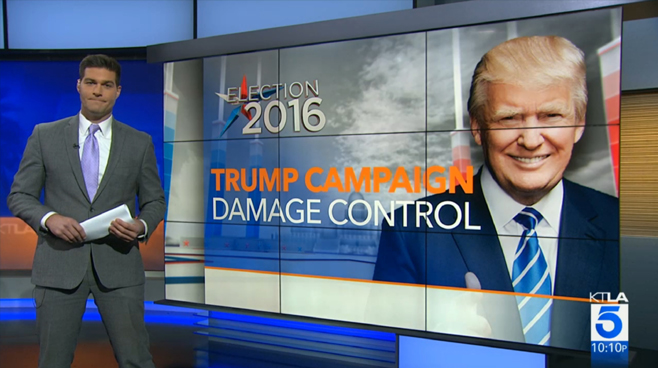 KTLA, the Tribune Station in Los Angeles, debuted their new set on Wednesday October 12th, 2016 at 1:00 PM. This is the first major change of the sets in about 8 years. KTLA was the first commercially licensed television station in the western United States, having begun operations in 1947.  The KTLA property on Sunset Blvd. in Hollywood has undergone a major rebuild including construction of new studios, a parking structure, a multi-story commercial office building, and numerous other new buildings.

The new set includes a custom 3 to 7 person anchor desk with a large video wall in the background displaying scenic images as well as graphics. The HD videowall is flanked by two large LED video “windows” for motion graphics.  There is also an HD “Big Board” video wall for Sports, Entertainment, and Special Reports.

The set features a huge AM interview and performance area with an LED video background which can display live shots or topical graphics. An on-air green room next to the interview area features iconic Hollywood panoramas and allows reverse shots back into the studio as well.

Opposite of the Main Set BDI designed a dramatic raised balcony for Social Media which can be shot either towards its own distinct background, or can be shot featuring the Main News set as the background.  This elevated view is very unique in the market.