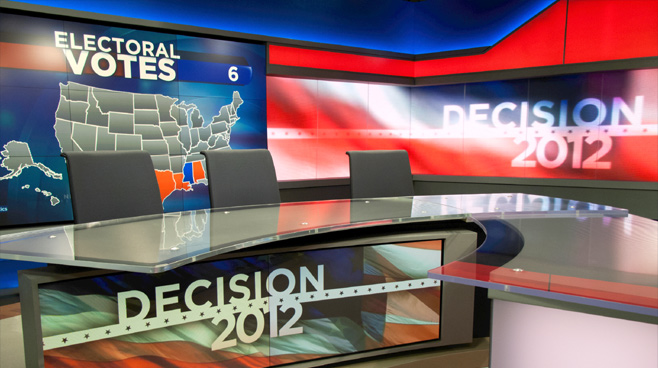 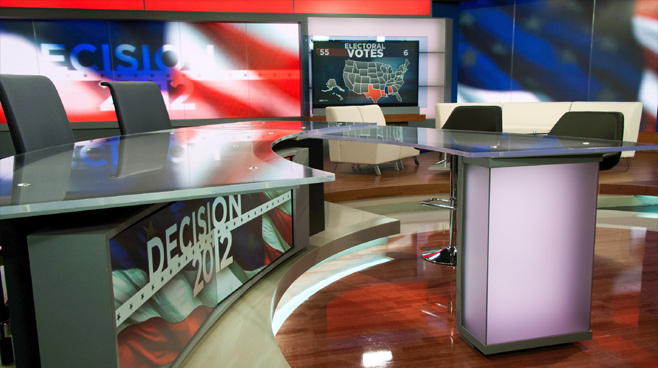 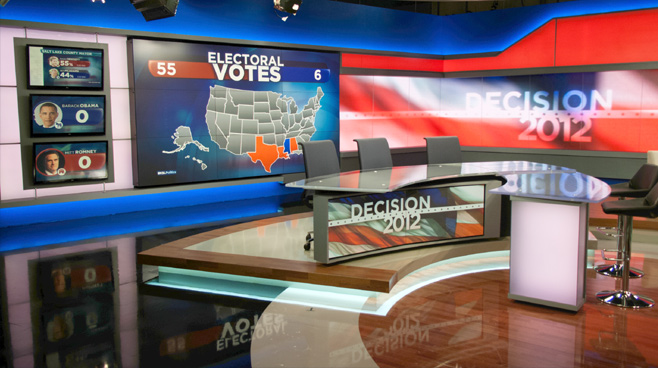 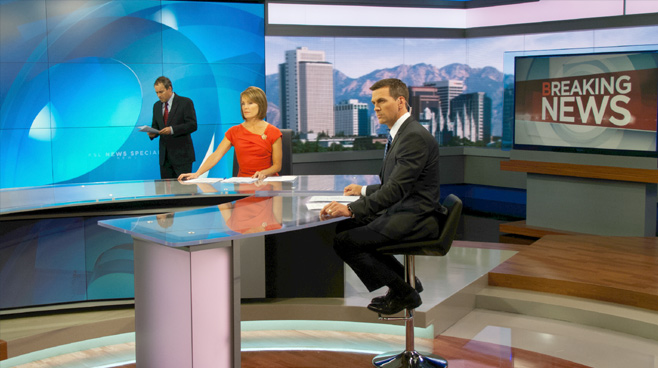 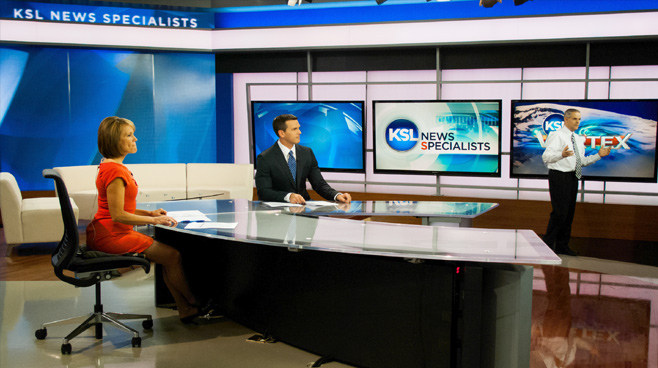 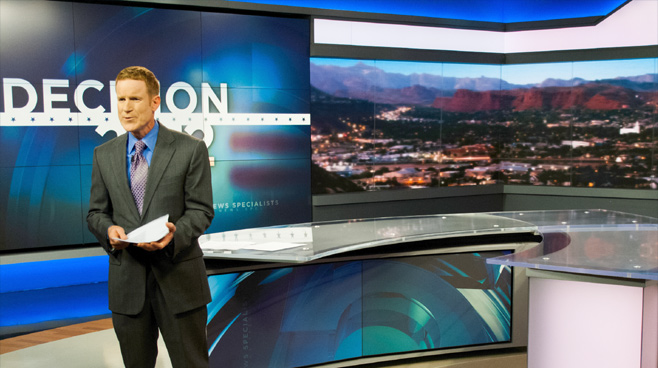 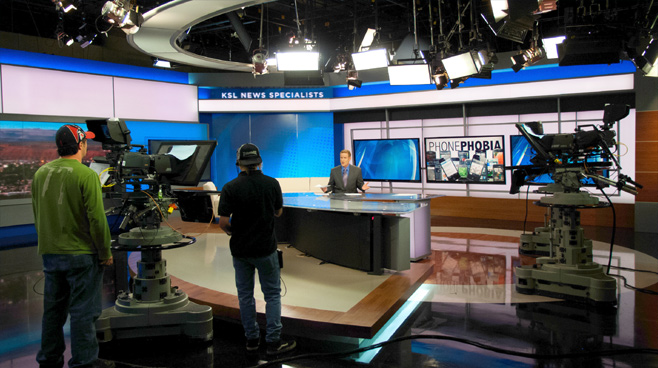 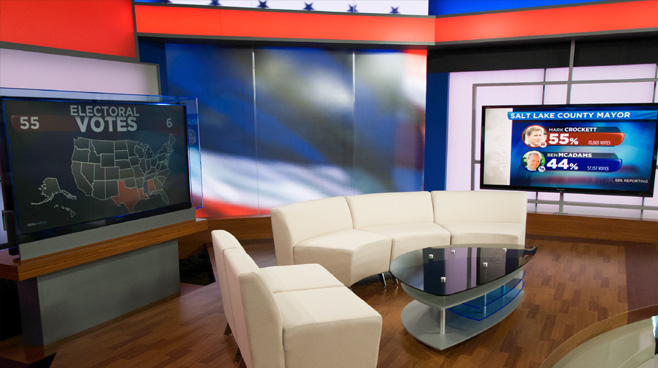 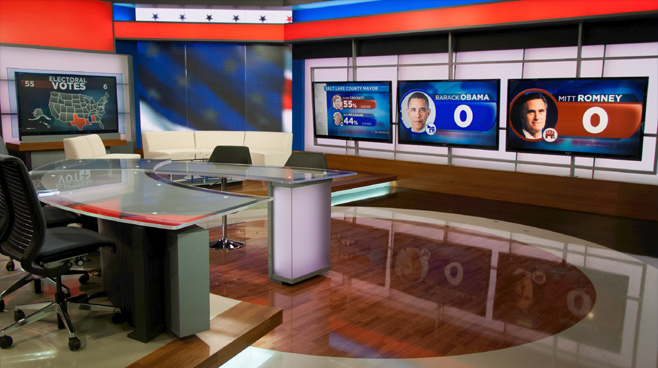 KSL recently partnered with BDI to develop a brand new turn-key studio set for their newscast.

KSL wanted to break away from a more traditional local news cast.  They wanted the versatility of  multiple looks all within one studio instead of separate smaller venues.  An asymmetrical design was created working togetherwith Scott Jones the Production Services Director and his team of talented graphic and engineering staff.  The final design included over 75 low resolution LED panels in two configurations forming changeable digital backgrounds as well as (3) over (3) 60” hi- resolution MPDP plasma video wall and two 42” MPDP displays in the front of the desk.  RGB light boxes complimented the video displays giving KSL the ability to change the overall feel of the set with color as well. They now have multiple weather, sports and special reports area’s to bring stories to the viewers all with various video sources.  An interview area was integrated into the design that also converts into a weekend sports program.

KSL premiered a week or two before the elections and was able to show the flexibility to transform the set into a distinctively different election set all by changing the colors and video displays.