Donations may be made in his name to St. Jude Children’s Hospital.  www.stjude.org

As an outlet and to send a message to his family, an email may be sent to markkarlen@gmail.com

A note from the family:

Mark Karlen, age 54, of Tampa, FL passed away on June 29, 2015. Mark was born in Naha, Okinawa, to Helen and Glenn Karlen, from Louisville, KY. As a child he traveled with his family while his father was in the Army.  The family settled in Naples, FL. Mark became a world traveler, Goin’ Global on his “BDI Rock Star Tours,” as he would say. He loved telling you about his many encounters and experiences and the beautiful people he met around the globe. He shared these experiences with both his surviving children, Sean A. Karlen and Janelle K. Hutchinson, taking each of them separately and together to different parts of the world. His enthusiasm and appreciation for different cultures was contagious. He would always bring back souvenirs from around the world to share with his surviving family; Mike Karlen, brother, John Karlen, brother, Sharon Mizel, sister, Gina Burgos, sister, Susy A. Karlen and all his beloved nieces, nephews, family and friends. You will be missed dearly and remain in our hearts forever. 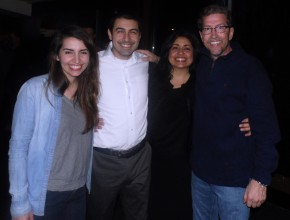 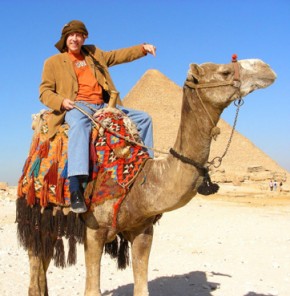 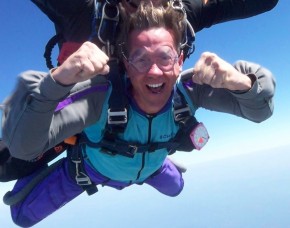 A letter from Tim Saunders, President of BDI:

To all of our friends,

It is with great sadness that I have to announce that on June 29, 2015, Mark Karlen passed away after a 4 year battle with brain cancer.    Over that time span, Mark received various types of treatments and dietary modifications that at times made progress and improvements to his quality of life.  Throughout this process Mark remained so positive and enthusiastic about life and he had the full support of his loving family and his second BDI family.

Mark joined the BDI Team July 1, 2002 after being one of our clients for the previous 5 years while he served as Creative Director at WFTS in Tampa.  Marks final assignment at WFTS was to oversee many aspects of the design and construction of their new facility.  He hired BDI to design and build the studio sets and the newsroom which was prominently positioned as the background for the news set.   Mark also oversaw the implementation of all new graphics , music and branding packages.    It was during this massive project that I fully came to appreciate Mark’s talents and dedication.  Not only did he understand and guide the “big picture” stuff, but he had a tremendous capacity for the details of a project.   He would call me at least 3 times a day with such unique questions such as; “Tim, will your shop be using stainless steel screws, or zinc coated ones ?”.  ” Will the set pieces be delivered shrink wrapped, or bubble wrapped ?”.  ” Is the carpet going to be 36 ounce or 42 ounce density weight ?”.  He loved this stuff, and he cared !

I realized he was the best client we had ever had, and I posed the question to him; “Mark, you have just successfully completed everything you can do for WFTS, and there’s nothing left to do, do you want to join us at BDI ?”.  He gave up his career at WFTS and joined the BDI Team as a Senior Design Rep.  He immersed himself in all aspects of studio design, and was soon flying around the world representing us to networks in India, the Middle East, China, and former Soviet Republics to name a few.   He had a true passion for travel and for meeting new people in new cultures.  He always made it a point to learn greetings and customs everywhere he went.   Upon returning from one of his Multi-country ” BDI rock star tours” he would call us on the phone and enthusiastically proclaim “this is going to be a Big One !”  or “we got the job!” in his latest foreign tongue.

Because of his enthusiasm and ability to connect with people around the world, along with his mastery of design concepts and attention to details,  Mark was a truly successful and valuable  Design Representative, not only for all of us at BDI, but also for his many clients.       He remained part of our “family” to the end, and we will miss him terribly, as I am sure many of you will too.

For those who wish to, we invite you to leave a comment below. 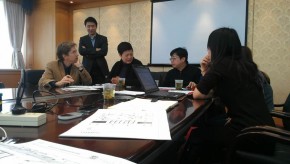 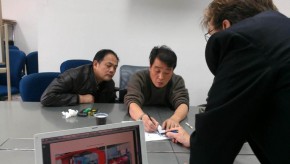 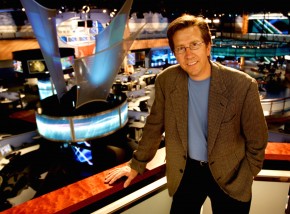 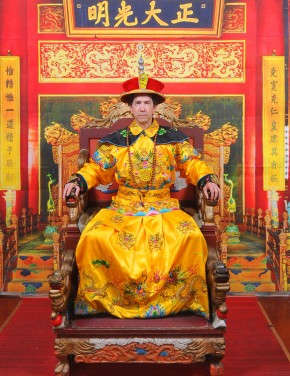 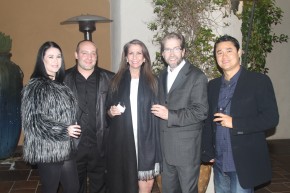 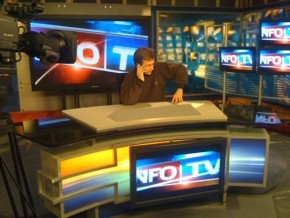 On Set in Slovenia